Sadly, we can't develop this site or moderate it anymore, if you are interested in sponsoring or developing this site, please contact us at [email protected] 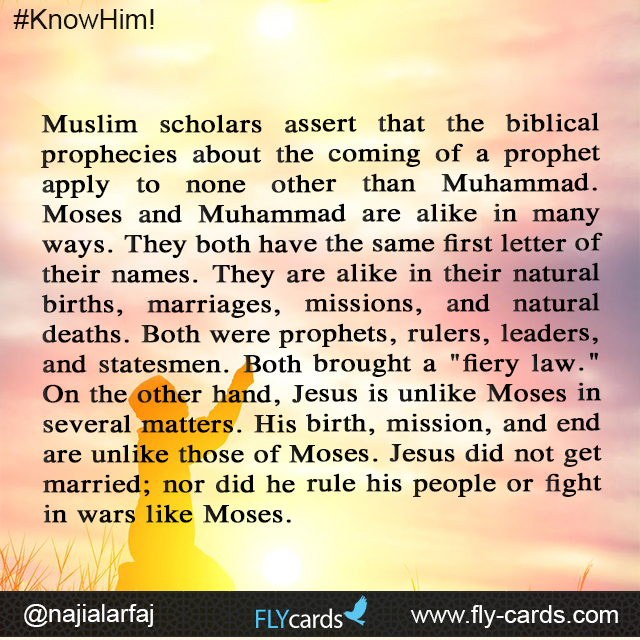 Muslim scholars assert that the biblical prophecies about the coming of a prophet apply to none other than Muhammad. Moses and Muhammad are alike in many ways. They both have the same first letter of their names. They are alike in their natural births, marriages, missions, and natural deaths. Both were prophets, rulers, leaders, and statesmen. Both brought a "fiery law." On the other hand, Jesus is unlike Moses in several matters. His birth, mission, and end are unlike those of Moses. Jesus did not get married; nor did he rule his people or fight in wars like Moses.