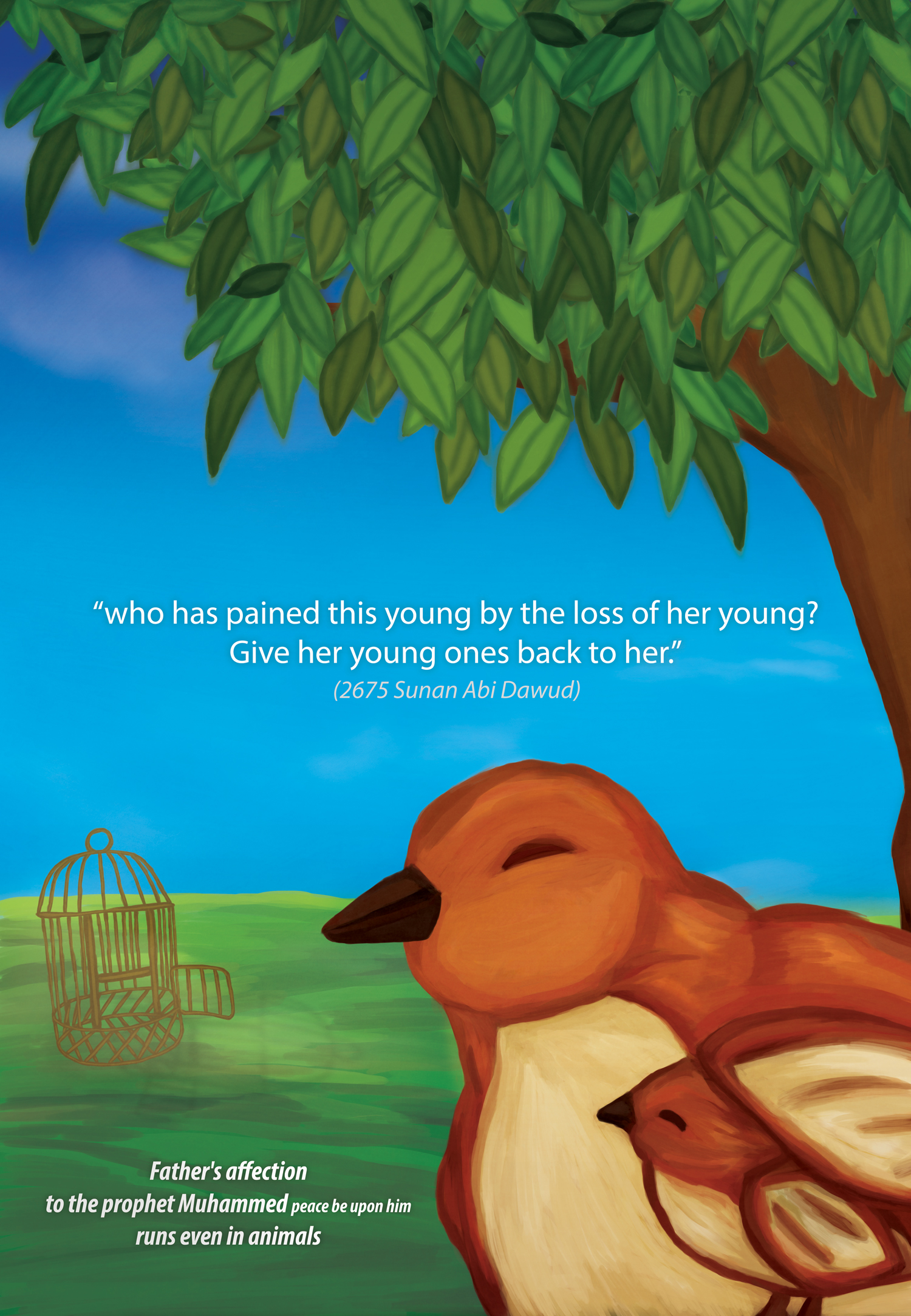 Narrated Abdullah ibn Mas'ud: We were with the Messenger of Allah (ﷺ) during a journey. He went to ease himself. We saw a bird with her two young ones and we captured her young ones. The bird came and began to spread its wings. The Messenger of Allah (ﷺ) came and said: Who grieved this for its young ones? Return its young ones to it. He also saw an ant village that we had burnt. He asked: Who has burnt this? We replied: We. He said: It is not proper to punish with fire except the Lord of fire. Sunan Abi Dawud 2675